Well, with the release of our first CD "THRAEXX", we are already at work on our follow-up CD!
We've got one song finished, and another almost done.
We're cranking it out hardcore now!!

Hope everybody is enjoying our debut CD!

More soon!
Posted by THRAEXX at 9:52 PM No comments: 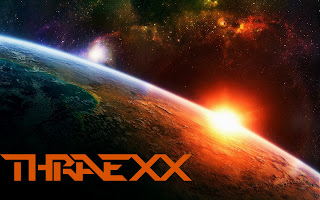 We'd love to hear what you think of the album!
Email us at: thraexxband@gmail.com
Posted by THRAEXX at 12:46 PM No comments: 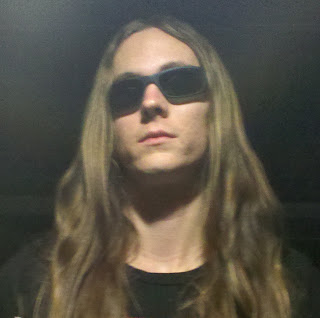 Once in a while, a person comes along with a unique, natural gift simply defined as “ability”. When that same artist also enjoys performing, the result is pure entertainment. Such is the case of guitarist Andrew Soto, the 24 year-old San Pedro, CA native brings speed, melody and thrilling showmanship to the table. His skill is wide-ranging & he can tap into blues, rock & speed metal seamlessly. His music tells a story that is packed with passion, rage, edginess and is deeply introspective with tight licks to create the atmosphere of a thrill ride.With Andrew, one door closes and another opens. He is not afraid to venture into unknown doors and his music reflects his fearlessness.

I use: Jackson, Ibanez, Line 6, Marshall.

Apple or PC: Apple
Posted by THRAEXX at 12:20 PM No comments: 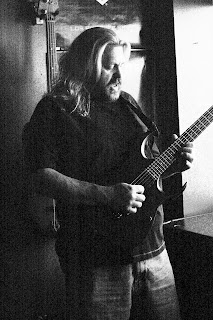 Will is 44 years old, passionate about music, performing LIVE, and the creative process. He has been playing Guitar since age 17, and has been creative since birth. Will believes it is a privilege to play music that makes people feel something:

“I’m so proud of this first CD by my new band THRAEXX. The process of making this album has been more fun than ever before. In the midst of demanding schedules, we were able to complete this album. The song Heart of Poseidon is the largest single project file I’ve ever worked on: 350 tracks! It took a year and a half to make this CD, and I love the results. I hope you do too!”

Apple or PC: Apple (even though I use PC) 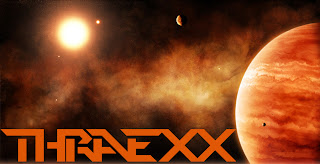 It's finally here!!!
The debut CD from THRAEXX is a 6 song epic written and recorded over the last year and a half in our studio in San Pedro, California. Don't let the 6 song list fool you. It all begins with the 11 minute opus Heart of Poseidon, detailing the Rise of  mythical Atlantis according to Plato. The Album ends with the two and a half minute Fall of Atlantis,  illustrating the end of the reign of Atlantis, and it's final fall into the ocean.

Bass on The First Slave by Emilio Salinas

Let us know what you think!
thraexxband@gmail.com

Thanks to Don and KOOS, an everyone who has been waiting for this album to get finished!
Posted by THRAEXX at 12:48 AM No comments:

We have just finished Mastering the CD and we are compiling the Artwork and Photos,
and we are literally a month or two away from Web LAUNCH!

Posted by THRAEXX at 5:29 PM No comments:

Final Master of our CD Underway

We are in the process of Mastering our new 4 song DEMO CD!
It sounds amazing, and we can't wait to launch.

Put the new graphics up for the DEMO
Won't be long now!
Posted by THRAEXX at 10:44 PM No comments: